Advisors are committing to the Serve First philosophy and finding great rewards.

Decades ago, legendary agent and manager Stuart Smith conceived a philosophy of serving the client first and letting the financial re-wards take care of themselves. Smith’s concept became an integral part of the culture at his company, and many disciples still practice it today. The es- sence of the “Serve First” credo is that:

The focus is entirely on serving the client.

An understandable reaction to this approach might be, “Are you kidding?” However, as those advisors who believe in and practice it could tell you, the Serve First way of life can be richly reward-ing—personally, professionally and financially.

Serve First advisors need to believe in life insurance as the foundation of what they do and embrace it as a viable solution for their clients.

This philosophy rests on a foundation of time and service. The advisor must be willing to invest the time required to thoroughly understand the client’s financial situation and must believe that service is their differentiating factor.

To appreciate the need to invest enough time, let’s look at this episode from the Seinfeld show:

After scalding himself with their hot coffee, Kramer sues a Starbucks-type chain. En route to the settlement meeting, Kramer’s attorney advises him to say nothing until they hear the defendant’s offer (which, viewers learn, includes free lattes for one year and $50,000). As soon as the defendant’s lawyer leads with free lattes, Kramer yells, “I’ll take it!” By not waiting to hear the full story, Kramer gains some lattes but loses out on the more lucrative settlement.

What about an advisor’s dialogue with a prospect? Does the advisor hear and consider the person’s entire financial situation before making recommendations? Or by jumping the gun as Kramer did, do they risk losing out on a much more sub-stantial reward for both the client and themselves?
The Serve First philosophy also relies on the advisor’s confidence that their service is the differentiator. To illustrate this differentiation, here’s a true story:

A business-owner prospect told an advisor that he wasn’t interested in meeting him because he had just purchased a $50,000 policy. The advisor saw this as good news because he had been taught that the purchase marked this prospect as a buyer and, because it was probably a product rather than a Serve First sale, the policy amount was more than likely insufficient. The advisor persisted, got the appointment and gathered pertinent information. The advisor’s sales manager instructed the advisor to obtain some additional data from the prospect. This led to a recommendation of an additional $250,000 of life insurance. Upon hearing this (and confident that it would quash this ridiculous proposal), the prospect directed the advisor to meet with his accountant to discuss it. As a result of that discussion, the accountant was convinced that what the prospect actually needed was a $500,000 policy!

What do these examples tell us about this sound sales philosophy?

Think about how doctors and lawyers do their fact finding. Asking the right questions signifies confidence and professionalism, not lack of knowledge.

It always begins with recruiting. Today’s recruits seem excited about the Serve First concept. They want to be perceived as true professionals, capable of delivering total financial solutions to their clients and experiencing the financial rewards that will be generated for them. In the past, in the back of their minds, new recruits hoped “total financial planning” didn’t mean having to sell life insurance. In contrast, today’s recruits who are attracted by the Serve First concept recognize life insurance as the cornerstone of a sound financial plan, and
a significant factor in the recommendations they make.

While a Serve First philosophy may motivate a recruit to join your agency, during their initial training new hires will constantly seek confirmation of whether you really “walk the talk.” It is imperative that your sales process reflects what’s required to communicate and implement this philosophy. For example:

A client’s financials can be a complicated tangle. In-depth fact-finding can uncover issues in which an advisor lacks experience. In the past, the cost of providing support when needed became prohibitive. Today, more
and more Serve First-minded agencies are building alliances with outside professionals and/or teaming advisors with other advisors within their agencies to provide support in situations requiring specialized knowledge. This enables the agency to expand its services to their clients.

When gathering a client’s financial information, advisors might hesitate to ask questions about subjects they themselves don’t thoroughly understand. They can become immobilized by what they don’t know, as opposed to what they need to find out. Uncovering sufficient information to move the prospect to the next step
is less about extensive book knowledge about a given subject than asking the right questions and listening to the prospect’s answers.

Think about how doctors and lawyers do their fact finding. Asking the right questions signifies confidence and professionalism, not lack of knowledge.

Serve First advisors need to believe in life insurance as the foundation of what they do and embrace it as a viable solution for their clients. Given the unsettled economic climate in recent years, whole life insurance has weathered the storm so well that many advisors see it in a new light. From a secondary nice-to-have, a substantial life insurance policy is emerging asa vital must-have component in anyone’s portfolio. 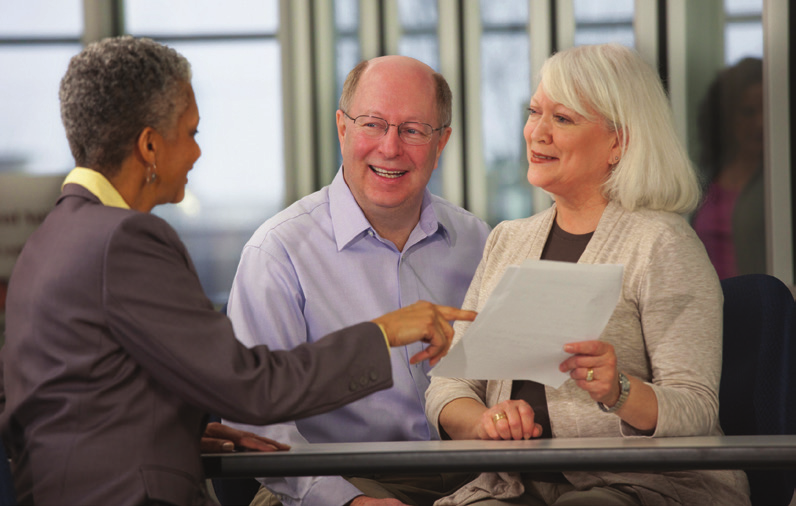 While this philosophy can be both personally and financially rewarding for an advisor, the ever-present, offbeat elephant in the room is activity.

While this philosophy can be both personally and financially rewarding for an advisor, the ever-present, offbeat elephant in the room is activity. An issue 70 years ago when Albert E. N. Gray penned The Common Denominator of Success, activity continued to be enough of an issue in 2010 to motivate Nick Murray to author The Game of Numbers.

As they’re learning to implement the Serve First philosophy, the need to invest more time to close a substantial case—especially when combined with low activity—can imperil the new advisor’s very survival.
The solution to this dilemma is a two-part approach:

The good news is that high activity—regardless of the source—hones skills, grows confidence and generates needed income.
The important thing for the advisor to remember is that, large or small, every case must be approached with the same focus, professionalism and Serve First mindset. Only by going long and deep can they reveal someone’s true financial picture. Thus, even when working on a perceived small-case situation, instead of making a $50,000 product sale, they might find themselves forging a $500,000 long-term relationship with
the client.